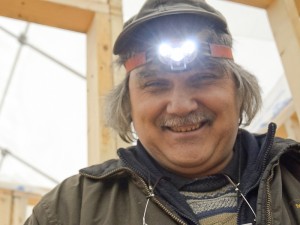 Fueled by the Locus Cafe!

I started doing electrical work professionally, as an apprentice electrician, in circa 1971, while our family was living in Switzerland, while I was at the age of 14 years old. ( They started us , a lot younger in those days ) The Family moved back to Canada in 1973, and ended up in Prince George, BC. in 1975, I landed another apprenticeship, after a training period, myself and another apprentice, we rough-wired a house, and finished another house, every day, for 4 days a week, @ 10 hours a day, it was a great introduction into residential wiring. That job lasted almost 2 years, than that Modular Home shop went under. But in that period we wired hundreds of homes, and the training was very good, with 2 brothers doing very good Quality work, Ken and Dennis Bergstrom, I am forever indebted.

After that, I worked for various company’s in Prince George, one memorable company was, “ Atom Electric”, we worked out of town, all over BC, and into Alberta, working long 10-12 hour days, 6 days a week, it was a great experience, and I was really able to develop my wiring experience.

I finished my apprenticeship in the Spring of 1981, and became a Journeyman Electrician, and I was 24 years old. In the fall of that same year, I started my first Electrical Contracting Company, “ Apollo Electric “, and started with small jobs around Prince George. We had a recession around 1981, and there was not much work around, so a Builder convinced me to move to Tumbler Ridge BC, were they were going to build an “ instant town “, so there was lots of work there, and it was another great experience.

In 1984 the Town was mostly built, and my Brother, ( a carpenter ) and I decided to go back to Switzerland, and check out “ our roots”. ( I was born there ). We Lived / worked there in 1984 to 1985, I worked in Carpentry for one year, and the second year, it was mostly Electrical. In 1986 I moved here to Beautiful Vancouver BC. Again,I worked for various companys, around the lower mainland, and in 1989 I started The Brighthouse Electric Co. And started to work for myself full time.

And the rest is History! Albin Wandeler, The Brighhouse Electric Company.